Ardent Cannabis founder Shanel Lindsay looks back on four years of success, while looking ahead at the company’s new commercial offering

There have been times that Shanel Lindsay has been “green with envy” seeing other cannabis-focused companies raise millions of dollars in venture capital.The founder and president of Ardent Cannabis kept a watchful eye as companies with flashy marketing plans and experience-laden executive teams successfully landed seven-figure investments without so much as a proof of concept. Companies would boast about their proprietary technology and their groundbreaking design, using phrases like “the future of cannabis” and making frequent comparisons to mainstream counterparts.

But Lindsay never allowed the competition to derail Ardent’s mission. Being passed over by investors forced the tiny startup to be resourceful — “scrappy and resilient” as Lindsay puts it — and to grow organically. Looking back, she says it forced her to build a really strong company.

Lindsay, who is also a lawyer, raised investment capital — about $600,000 spread out over a couple years to get the company up and running — and focused her energy on business fundamentals, developing a quality device and growing a customer base without overspending.

“We never have enough money to do all the marketing things we want to do. What that did was make us really look and see what’s working and double down on those things,” she says. “We don’t really have the time to be silly with our money, so to speak.”

And while many of those fundraising superstars never brought their product to market or the venture ultimately fizzled out when lavish sales projections failed to materialize, Ardent has proven to be somewhat of an anomaly in the current landscape — a cannabis tech company that is actually profitable.

Shanel Lindsay, the founder and president of Ardent Cannabis, stands next to the company’s new commercial decarboxylator, the Indy (a play on the words  industrial” and “independent”). Photo by Sarah Hinzman.

Since the 2016 launch of its NOVA decarboxylator, Ardent Cannabis has generated more than $7 million in sales, growing annual revenue from $350,000 in year one to $3.3 million in 2019. Although the Massachusetts-based company lost $50,000 in its first year, it has turned a profit every year since. It completed a $500,000 capital raise in 2018 to aid its growth and expansion, bringing the total amount raised to $1.1 million. The company has increased revenue every year, including 2019, when it went through a number of challenges related to its e-commerce platform and invested heavily in the development of its first industrial decarboxylator and a larger consumer device, the FX.

“We’ve weathered the storm,” Lindsay says. “It’s almost unheard of — a profitable company that’s continuing to grow — and we really haven’t had the challenges that a lot of other cannabis companies are having right now.”

While the NOVA is designed for personal use, the new Indy is aimed at the commercial market, with a capacity to decarboxylate five pounds of cannabis per batch. Both machines are essentially precision ovens designed specifically for “a very gentle, but persistent heating cycle.” Decarboxylation is the process of “activating” the cannabinoids in flower, kief or concentrates, turning the non-psychoactive THCA into THC.

The NOVA and Indy operate on the same principle, but the mechanics of the NOVA had to be completely re-engineered to work on an industrial scale. The Indy requires more moving parts to replicate the even heating needed for proper decarboxylation. Lindsay says cannabis producers have long been asking for a commercial-scale version of the popular NOVA, and she expects the Indy to hit the market this spring.

“A lot of dispensaries and cultivators are white-labeling products because they don’t know how to make them, but if they had an easy way to decarb and infuse on a commercial scale, they could be more independent,” she says.

Ardent Cannabis sells the NOVA direct to consumers through the company’s website, as well as selling the devices on Amazon through a partner company and wholesale through distributors into vape shops, dispensaries, smoke shops, natural health and wellness stores, CBD retailers and specialty stores.

After doubling its revenue from $1.4 million in 2017 to $2.8 million 2018, Ardent’s revenue plateaued in 2019 after hiring a company to update its website, wrecking the SEO it had developed.

Although Ardent still achieved a company-record $3.3 million in revenue in 2019, the lesson Lindsay learned in the website snafu — and one of the biggest things she would have done differently in hindsight — was that she needed to build out the Ardent team faster.

“As a CEO, what that showed me was that we didn’t have enough hands on deck,” she says. “I think entrepreneurs have a tendency to hold everything in and try to do everything perfectly. I think last year, particularly, there were some strategic moves that maybe I was scared to make after being skittish from some bad experiences.”

Now, with its new products ready for market, including a suite of accessories and culinary kits for the NOVA, Ardent Cannabis is poised for another growth year and is opening a capital raise of about $2 million.

In addition to the ups and downs of running her own company, Lindsay has been active in politics, having helped write Question 4, which legalized adult-used cannabis in Massachusetts in 2016, and serving on the state’s Cannabis Advisory Board.

Passing the adult-use legalization measure was a monumental step toward progress, Lindsay says, as it not only improved upon a medical program that was “completely stacked toward corporate interests” but also implemented, at least on paper, the nation’s most progressive social equity program to aid the communities most harmed by prohibition.

But the rollout has been “glacial,” she says. Even three years after voters approved the measure with 53.7% in favor, there are a relatively limited number of companies licensed and operating. There’s been a backlash against legalization, including a “not-in-my-backyard” approach from many municipalities. There’s also been corruption, a federal investigation and a mayor who was arrested and charged with bribery over the issuance of community host agreements that are required by the state for licensing.

To some degree, trials and tribulations were to be expected as Massachusetts took the lead role in being one of the first states east of the Rockies to legalize recreational cannabis.

“I think the states around us are better for that, and the movement in general has learned a lot from these different things we’ve tried,” Lindsay says.

To this day, Lindsay and her colleagues spend a lot of time focusing on science and data, working with a lab to get test results and explaining to consumers the ins and outs of decarboxylation, which is not widely understood by most cannabis consumers or even people within the industry (“Yes, you have been doing it wrong all these years,” Lindsay would explain).

She started using cannabis as a medicine in college to treat an ovarian cyst, fearing that pharmaceutical painkillers like high doses of acetaminophen would destroy her liver. She was in her early 20s at the time, trying to maintain a healthy lifestyle and frustrated to be constantly guessing about dosages and formulations.

Ultimately, Lindsay’s pursuit of better homemade cannabis products led her to develop the NOVA, putting Ardent on the map and giving consumers an alternative to the old methods of mixing a bunch of flower with butter and oil. She sees the NOVA not as a replacement for products from dispensaries, but a complement.

“As amazing as dispensaries are, there are definitely limitations on what people can access,” Lindsay says, pointing out limitations on product selection, potency and even cost. “We can provide that bridge and the technology for people to fulfill all of their dreams when it comes down to cannabis.”

Get your own FX or Nova in time for 4/20 with our exclusive deal! 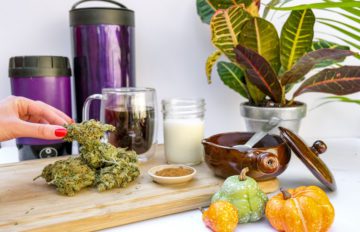 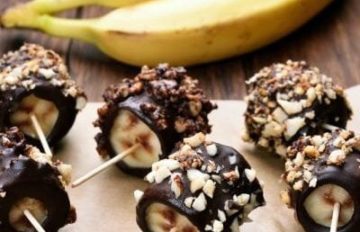 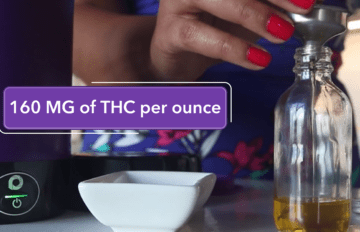